Nurture trend transforms as a trio of changeable chums arrive for Xmas!

Rob Taylor-Hastings September 24, 2019 News Comments Off on Nurture trend transforms as a trio of changeable chums arrive for Xmas!

The nurture toy trend came back with a bang in 2016 when Spinmaster launched the incredibly successful Hatchimal. For the first time since Furby packed his bags a decade earlier, kids could care for a physical, electronic pal. Three years later and the need for furry friends hasn’t gone away, in fact it’s about to evolve. 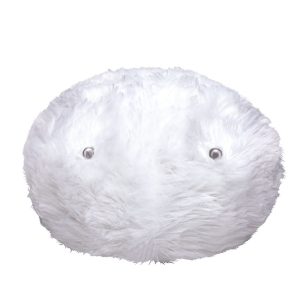 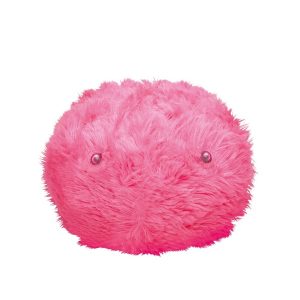 Welcome to Rizmo by Tomy. Now, this simply ball of fluff may look like an unassuming fellow but underneath the surface lies evolution potential that’d make a Pokemon blush. Your Rizmo will react and learn in a similar fashion to the Furbys of old but once you’ve interacted with it enough a tail will pop out of no where! 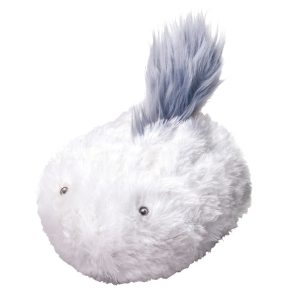 The magic doesn’t stop there. Further play will make your Rizmo reach its final stage of growth as it pops open to reveal a new face, mouth, eyes and arms! 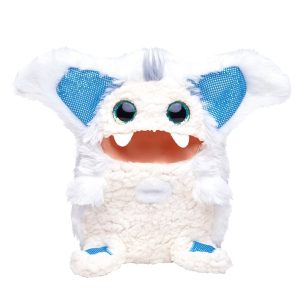 Once the changing has stopped the real fun begins. Each Rizmo loves a different type of music, be it pop, Hip-Hop or Rock ‘n’ Roll, and boy do they like to sing! With waving arms and a shakin’ booty, your newly evolved pal will go from sedate cuddle companion to disco dancing diva!

But! If you thought that Spinmaster would let this competition go unopposed you’d be wrong! Behold the Hatchimal Wow! and Owleez. 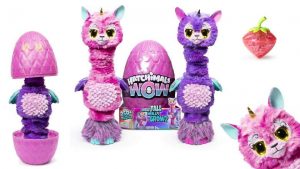 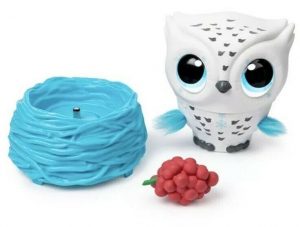 Hatchimals Wow! proves that the brand can get even bigger, literally! You may be familiar with the ‘self-unboxing’ pet but now, instead of pecking its way out piece by piece, the Wow! extends up to 2.5 feet and bursts out of its already massive egg! Once free the Wow is as intractable as its predecessors. You can tickle their heads an tummies, feed them special fruits and watch them dance around. 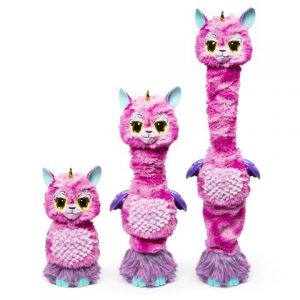 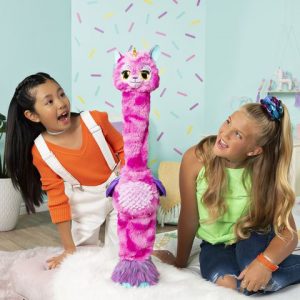 If none of this is reaching the heights you desire, fear not! Owleez are hear to soar past your expectations. The latest pet from Spinmaster really is an innovation. You can nurture and care for your Owleez in all the usual ways but once you’ve formed a bond something amazing happens. It flys. That’s right, once you’ve given enough love to it, the Owleez will fly the nest and become a drone-buddy with proximity sensors. 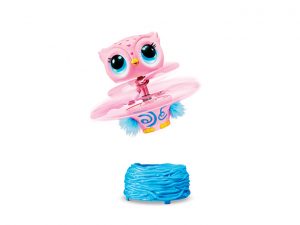 So, who is going to be your next best friend? The evolving Rizmo? The extending Hatchimals Wow? or the Soaring Owleez?

This actor & presenter is a proud Midlands lad who fled to London over a decade ago. Having grown up on a healthy diet of Power Rangers, Transformers and Thundercats, Rob is a sucker for anything that goes 'pow!' And 'Zap!' A film producer and radio savvy man this Toyminator really knows his R/C's from his elbow.
@@rtaylorhastings
Previous LEGO launch Rebuild the World campaign
Next Once, Twice, Three Times a Force Friday!