Peter Jenkinson December 21, 2017 Uncategorized Comments Off on The top 10 selling toys in the UK in the countdown to Christmas

Folks, forgive us. We’re really not being lazy but this lot at the NPD released data today and we’re absolutely convinced at Toyology Towers that is deserves to be delivered verbatim, and so, without further ado :

The NPD Group today unveils the UK toy market’s 10 best-sellers for the week ending 9th December, the last weekly sales data that will be published before Christmas. Worth £1.2 billion, Christmas is a crucial time for retailers and toy manufacturers alike. Overall, the fortnight before Christmas accounts for 11% of annual toy sales. Cozmo, the interactive robot made by Anki, tops the list for week ending 9th December, followed by Fingerlings Monkeys by Jazwares.

The list sees lots of new entrants including the two top-sellers, Laser X, FurReal Roarin Tyler and Hatchimals. The ranking reflects a strong interest in innovative and interactive toys this Christmas. And with a wide range of prices in the top 10 from £15 to £166, it offers something for gift givers at every price point.

The top 10 is comprised of eight manufacturers. VTech and Spin Master are the only ones to achieve two entries in the list. VTech’s Kidizoom Duo ranks fourth while the Kidi Superstar takes eighth place. Spin Master’s Hatchimals secure two top 10 places with the Surprise Pink Egg in sixth place and the Glittering Garden Penguin taking the ninth spot. 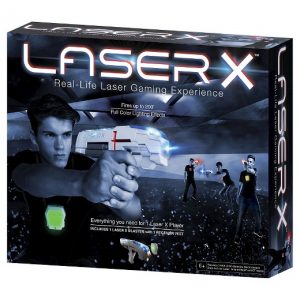 One particular toy has dropped out of the top 10 after holding the top sport during Black Friday week. The L.O.L. Big Surprise Doll flew off the shelves before shoppers had even entered the countdown to Christmas. As a result, it has been very hard to track down, and currently ranks #14 as demand has outstripped supply ever since the toy launched.

With sales up 32% since last year, building on a 30% increase in 2016, toy advent calendars are increasingly capturing shoppers’ imagination. These novel alternatives to traditional and chocolate-based advent calendars are showing real traction. Strong sales of calendars from the likes of Paw Patrol and Lego show that parents are prepared to invest in toys in the run up to Christmas as they build excitement for the big day.

Frederique Tutt, Global Industry Analyst, Toys, NPD, says: “Once again our figures tell a tale of parents scrambling to get their hands on some of the hottest toys of the festive season. In some cases, this is an impossible task with retailers selling out of hit toys like L.O.L. Big Surprise or Fingerlings well before the final run up to Christmas Day. Every year we see how manufacturers and retailers can get caught out by a mammoth selling toy and Christmas 2017 is no exception, it is only made more complicated this year as we see consumers procrastinating, delaying their Christmas toy buying until the very last weeks before the big day.”

Nice one Ma’am Tutt – Thanks NPD.

Toyologist Pete Jenkinson regularly writes about toys in national newspapers like The Sun and The Mail. This super-dad has an unmatched passion and dedication for trying and testing the latest, coolest and most interesting offerings from the world of toys.
@toyologist
Previous Fill your stockings with these retro Top Trumps
Next Merry Xmas everyone