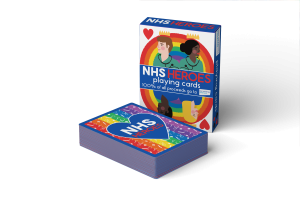 Cartamundi have launched a new series of playing cards in a bid to raise funds for the NHS heroes working on the frontline in the battle against CV-19. Replacing the traditional Jacks, Kings and Queens are NHS Heroes including doctors, nurses and surgeons alongside the rainbow colours now synonymous with the pandemic and seen adorning windows across the nation. 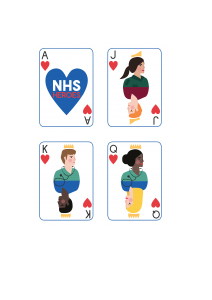 Playing cards have seen a surge in sales over the last four weeks as Britain looks for ways to keep busy during the lockdown, Cartamundi hopes the new NHS Heroes deck will raise funds for NHS Charities Together, with all proceeds from the card sales going to the charity.

Daniel King, Cartamundi UK General Manager said: “I’m extremely proud to be part of the Cartamundi Group, we have been manufacturing PPE in the US and Covid-19 test kits in Ireland and I was desperate to do something closer to home. That’s why we’ve created these very special NHS Heroes playing cards, our way of saying thank you to all the NHS staff and care workers working tirelessly in this battle.

“Our goal is to raise to raise over £10,000 for NHS Charities Together and the amazing work they do. And we hope these cards will support them now during this crisis and into the future as we move forwards to brighter days. In addition to this we have created a brand new websitewww.stayandplay.cards; where there are thousands of different card games available to play, creating hours of fun for the family.

‘Cartamundi’ is Latin for ‘cards for the world’ well now we have cards for the nation, as we push through this together, staying home, protecting the NHS and saving lives.”

The NHS Heroes deck will be available as a reward for a £5 donation athttps://www.crowdfunder.co.uk/nhs-playingcards . If you make a £50 donation you will receive 12 decks or you can donate to the charity without a reward deck of cards. All proceeds from the sale of the cards will go to NHS Charities Together.

Toyologist Pete Jenkinson regularly writes about toys in national newspapers like The Sun and The Mail. This super-dad has an unmatched passion and dedication for trying and testing the latest, coolest and most interesting offerings from the world of toys.
@toyologist
Previous Star Wars LEGO A-Wing about to arrive
Next Nose and mouth mask from Playmobil 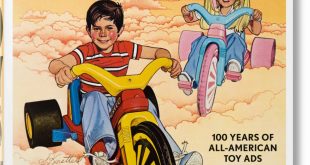