Top ten sellers in the run up to the big day revealed, right here….

Peter Jenkinson December 20, 2018 Uncategorized Comments Off on Top ten sellers in the run up to the big day revealed, right here…. 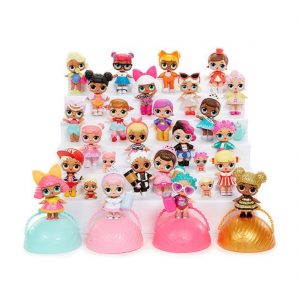 The incredibly good looking people at  the NPD Group have unveiled the UK toy market’s 10 best-sellers for the week ending 8th December, the last weekly sales data that get published before Christmas. A favourite all year round, the L.O.L Surprise! Doll assortment has topped the list, with other variations of the hit toy also claiming third and fourth place in the table. We’re not the biggest fans, but, keeping buoyancy in the toy market we are huge fans of so well done MGA for creating an absolute cracker.  Featuring in the top ten are Harry Potter’s Great Hall from Lego, interactive robot Boxer and Cozmo (2nd year on the list in a row), Kidizoom a digital camera for pre-schoolers, and Poopsie the Magical Unicorn, which features glitter slime. Interestingly the NPD group commented that the unicorn was the most popular ‘animal’ in the toy sector this year, and whilst popular into 2019, llamas will challenge unicorns for popularity with kids next year.

Christmas accounts for £1.2b, or 34% of annual sales, Frederique Tutt, Global Industry Analyst for Toys at NPD commented: “This year, Christmas Day falls on a Tuesday, and the last time that happened was in 2012. If Christmas sales then are a predictor of what will happen in 2018, we’ll have seen three weeks of solid sales figures up to the big day and record spend on the high street during the weekend before Christmas. The majority of toy sales are still made in a physical store at six in 10 (61%) of toys sold, so we expect toy shops and stockists up and down the country to be busy up to the last minute.” Super smart lady that one.

Collectible sales are up 32% year-on-year since 2017. From Hatchimals to football stickers, Pokémon and L.O.L Surprise, collectibles have been both a highlight and a key contributor of growth in the toy market this year. With an average price of around £4.80, they currently represent 14% of total sales in the market, and account for one out of four toys sold. Here’s a really boring chart for you to dwell on a while : 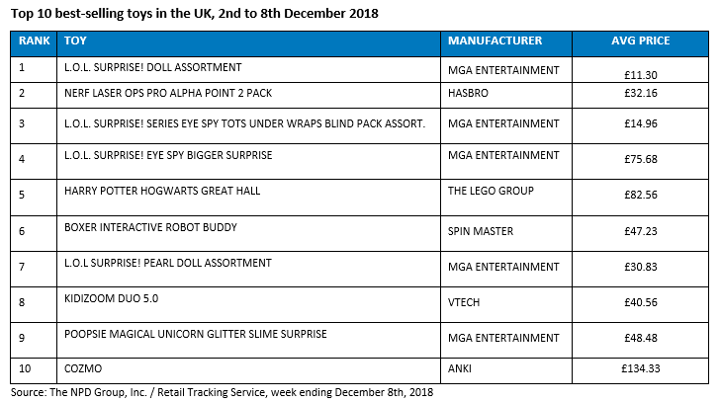 Toyologist Pete Jenkinson regularly writes about toys in national newspapers like The Sun and The Mail. This super-dad has an unmatched passion and dedication for trying and testing the latest, coolest and most interesting offerings from the world of toys.
@toyologist
Previous Board Games for Boxing Day boredom busting
Next Viva Las Vegas – CES invites TechUp to take part.