This Morning reveals its top toys for Christmas

Peter Jenkinson November 7, 2019 Uncategorized Comments Off on This Morning reveals its top toys for Christmas 662 Views 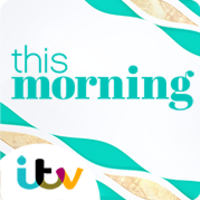 THIS Morning has revealed its top 12 toys of Christmas with prices starting at £16. Bit disappointing there isn;t anything alternative sub-tenner but as the list is largely a compilation of all the already released retailers lists (which had nothing under £10) it isn’t a surprise. Anyways, we’re generally just pleased to see toys on the telly-box, good for the industry all round after a tough year in the business, and so, without further ado here are the ITV’s flagship show’s picks or under the tree :

We’re still locked up in Toyology Towers deciding on our top picks for Xmas, should it be an essential eight, terrific twenty, or foam-at-the-mouth fourteen?

Toyologist Pete Jenkinson regularly writes about toys in national newspapers like The Sun and The Mail. This super-dad has an unmatched passion and dedication for trying and testing the latest, coolest and most interesting offerings from the world of toys.
@toyologist
Previous Please mind the gap between the escape room and the puzzles
Next TRUNKI launches foldable and towable scooters and bikes – Only at Halfords