Slither.io the sneaky snake-ish style game gets the toy treatment

One of the success stories of 2017 the game Slither.io has been around since March last year, this massively multiplyer browser game got its app debut more recently and user numbers are off the scale. For those just back from an Outer Mongolian break the game involves a snake-like creature that you steer about a map, consuming coloured pellets and you slither and by doing so grow in size. You objective is to grow the longest snake on the server. So, on the back of this success there’s a range of toys from an outfit called Bonkers so you can take your play into the analogue world. 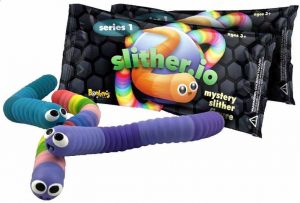 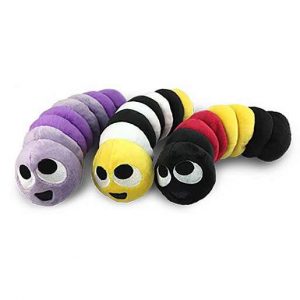 Toyologist Pete Jenkinson regularly writes about toys in national newspapers like The Sun and The Mail. This super-dad has an unmatched passion and dedication for trying and testing the latest, coolest and most interesting offerings from the world of toys.
@toyologist
Previous BB-9E joins the Astromech line-up in the next Star Wars outing
Next Animals with attitude – Feisty Pets are all Jeckyll and Hyde-like