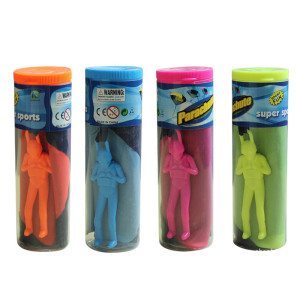 One of the most reliable toys of all time, well for a few throws at least, was the manually propelled paratrooper parachutist, or plain old parachute toy. Simple plastic skydiving human-form strapped to plastic chute via multiple lines of string. Simple premise, throw into air, gravity takes over, parachute opens(mostly) and figure glides to earth.  Taken to extremes we were often to be found as kids performing gobsmacking acts of stupidity to gain extra height from which to launch our sky-divers and relished taking ours along to any building where we might have access to upper levels (floor three or higher as we lived in a terraced dwelling). This flight style, well falling to terra-firma more slowly has now been implemented to accommodate a GoPro to track the journey. This Birdie GoPro flight system is, at its core, a simple parachute, that’ll hold your camera in place so you can lob it skyward (or release it downward) and take footage of the flight. Check out some of the creative ways with which it has been played this way. Our urge to tie a small figure to the underside will be overwhelming. 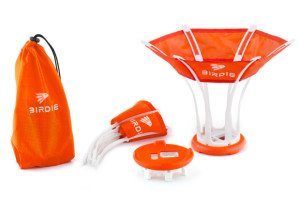 Toyologist Pete Jenkinson regularly writes about toys in national newspapers like The Sun and The Mail. This super-dad has an unmatched passion and dedication for trying and testing the latest, coolest and most interesting offerings from the world of toys.
@toyologist
Previous DC Super Hero Girl sets fly onto shelves
Next Action Man returns