Series seeks masters of the brick in new LEGO based show

Peter Jenkinson August 10, 2017 Uncategorized Comments Off on Series seeks masters of the brick in new LEGO based show

TV formats looking for the best cooks, ballroom dancers, roboteers and even sewing supremos have done the rounds and now we’ve one seeking the very best block builders – LEGO Masters.

This four, one –hour long episode series will pit teams against each other to eventually crown them king of the brick. 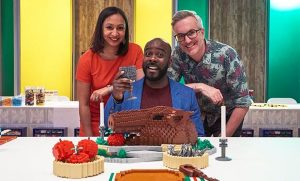 Hosted by Melvin Odoom, yes the radio DJ and Strictly competitor, with the help of prominent LEGO fans (and guest judges) Richard Osman, Bill Bailey and Dara O Briain. They’ll be assisted by Matthew Ashton from LEGO and Roma Agrawal, structural engineer of skyscraper The Shard.

Covering an array of challenges from the playful to the technical and the  unexpected the shows youngest contestants are two nine-year-old best friends, but they’ll be up against AFOL’s in their forties. 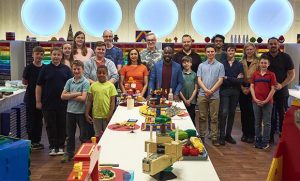 Executive producer Steph Harris said in a statement: “This playful new format demonstrates that LEGO bricks are more than just a toy – or something to step on – and will appeal to the child in all of us, showcasing spectacular builds and inspire the next generation of artists, engineers, architects and builders”.

Toyologist Pete Jenkinson regularly writes about toys in national newspapers like The Sun and The Mail. This super-dad has an unmatched passion and dedication for trying and testing the latest, coolest and most interesting offerings from the world of toys.
@toyologist
Previous Drone racing now available to the masses
Next Ten classic British toys celebrated on stamps