Real Life Lightsabers on the way

Peter Jenkinson August 19, 2016 Uncategorized Comments Off on Real Life Lightsabers on the way 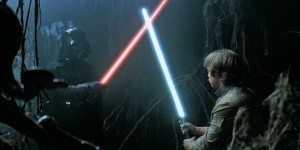 There are plans afoot it would appear to bring the Lightsaber to life, minus the ability to sever limbs. Disney have a patent application in for an “Audience Interaction Projection System” to give visitors to its Star Wars theme park a chance to have a hands-on with how one would look, feel and react like an actual real-life lightsaber. The exact wordage of the application goes like this :“A process and system capture infrared light that is reflected or emitted from a device to precisely locate the device. The process and system project visible light from a light source toward the device such that the light is precisely targeted at the device. Preferably the visible light passes through an atmosphere containing particulate matter rendering the visible light as a beam that appears to emanate from the device rather than from the light source.” Still with us? Ok, so those wanting to feel some of the force will be in an environment of particles (we’re thinking theatre fog) and the lightsaber in hand transmit Infra -Red light and a drone up above or static lights/lamps send out light beams and when the two beams meet it’ll create the laser beam effect. They’ll have to add some kind of haptic feedback to the handset to add even more realism of course and there seems to be a total lack of information on the sounds, we don;t want to have the entire experience sullied by create sun-standard sound effect of our own. Are you a “Vrãu-Vrãu” or more “vruuuummmm-vruuuummmm” ? (Kylo Ren Force FX is the closest yet, £220ish HERE) 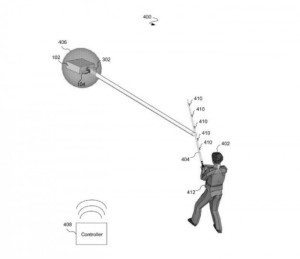 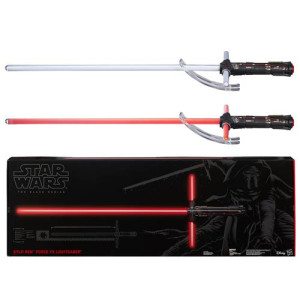 Toyologist Pete Jenkinson regularly writes about toys in national newspapers like The Sun and The Mail. This super-dad has an unmatched passion and dedication for trying and testing the latest, coolest and most interesting offerings from the world of toys.
@toyologist
Previous Tails that are unexpected
Next Lazy play for the bank holiday