Peter Jenkinson October 30, 2014 Uncategorized Comments Off on Paddington via Peru 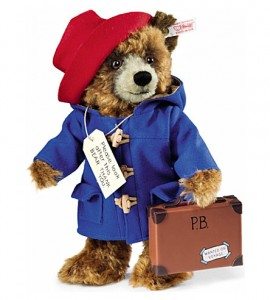 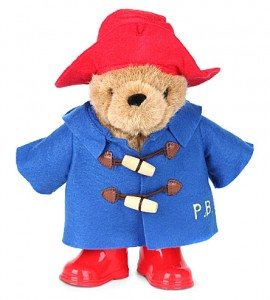 One of the most eagerly awaited films for Q4 has to be Paddington, from a lone bear plucked from a Selfridges shelf (they don;t just sell kit for keeping stuff cold) by Michael Bond for his missus Brenda and named simply after the station near his home in 1956 to getting the full CGI treatment and a cast of stars for the big screen. The story of the Peruvian marmalade munching machine will no doubt be accompanied by all manner of licensed toys and more, there’s a fair bit of activity planned surrounding the release on the 28th November already causing a buzz including a 50 statue Paddington trail around the capital. Now you’ll not often (read ever) see a stuffed bear on these pages but for this chap we’re making a marvellous, and expensive, exception. just 5,000 of these Steiff creations are being made, they’re £170 a piece, the detail is fantastic, the other version is a 1/10 of the price but the most expensive teddy ever sold cost £110,000 – Just saying.

Toyologist Pete Jenkinson regularly writes about toys in national newspapers like The Sun and The Mail. This super-dad has an unmatched passion and dedication for trying and testing the latest, coolest and most interesting offerings from the world of toys.
@toyologist
Previous Trucking great
Next Favourites Unveiled Early