Peter Jenkinson May 4, 2017 Uncategorized Comments Off on May the Fourth be with you – Star Wars Day is upon us

There are bigger fans of Star Wars than me, some dress up, have considerable collections of memorabilia/toys and such, I’m just an everyday fan. Since the multi-billion-dollar deal between Lucas and Disney there have been some decent films and merchandise to-boot. This year-round obsession however by the Wall Street listed outfit to stuff more stuff on the shelves is reaching creaking point. Don’t get me wrong there is some awesome stuff to be found you’ll just have to look a little harder to clear through the chaff. Here’s some that cleared our chaff-o-meter : 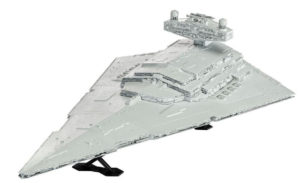 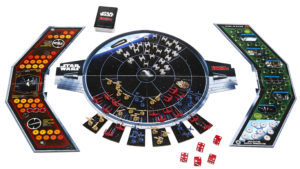 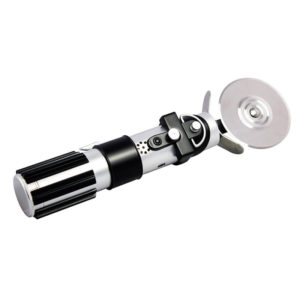 Woah there, no it doesn’t harness an actual energy beam to slice through your pizza – sorry. By way of an apology this Star Wars day may we offer you our spoken version of the spoken sounds of the sabre – Two lightsabers clashing together: Kksssshhhh, Swinging through the air: Vrãu, vrãu, Motionless: Nnnnnnnnn

Toyologist Pete Jenkinson regularly writes about toys in national newspapers like The Sun and The Mail. This super-dad has an unmatched passion and dedication for trying and testing the latest, coolest and most interesting offerings from the world of toys.
@toyologist
Previous LEGO launches Apollo 11 Saturn V model and it is B.I.G.
Next Transformers toys rolling in