Rob Taylor-Hastings September 27, 2019 Toy Reviews Comments Off on Mandalorian Is The New Black 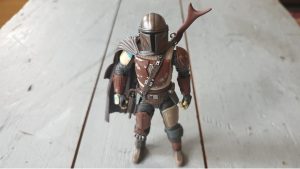 Activate boosters and engage turbines as Disney & Hasbro bring more cosmic majesty to their Black Series. October 4th is Force Friday and amoungst the POP Figures, LEGO playsets and roleplay helmets are a new wave of ultra detailed, mega articulated collectors toys. The focal point for us was the mysterious Mandalorian who is set to star in a Disney + live action TV series of the same name. Not much is known about the deadly star-treader played by Pedro Pascal but you can get an incredible first look via this beautiful action figure. 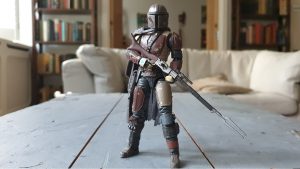 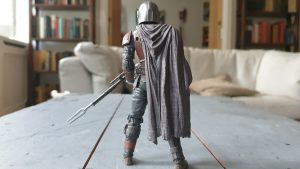 Hasbro has realised every crease, every spot of rust and every blaster mark in this helmeted protagonist and he is a delight to fiddle with and display. The paint application is flawless. The dusty blue pops from under all that bronze and copper while the dark tones of his visor instantly steal any photo. 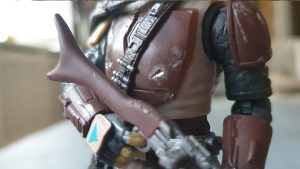 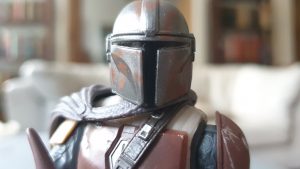 The Mandalorian comes equipped with his blaster and rifle, the latter of which is a nod to Boba Fett’s first ever appearance- a cartoon in The Star Wars Christmas Special. The real treat is the pose-ability. This armoured acrobat can pull some of the best moves with double jointed knees and elbows, ankle tilts and ab crunch all pulling their weight. Being able to effortlessly hold a rifle with both hands is a real feat for an action figure! 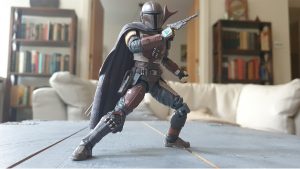 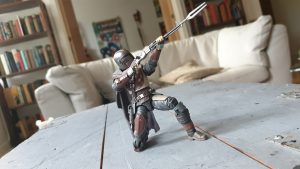 The Mandalorian Black Series figure will be available alongside the rest of the new wave of figures on October 4th and will retail at £19.99

This actor & presenter is a proud Midlands lad who fled to London over a decade ago. Having grown up on a healthy diet of Power Rangers, Transformers and Thundercats, Rob is a sucker for anything that goes 'pow!' And 'Zap!' A film producer and radio savvy man this Toyminator really knows his R/C's from his elbow.
@@rtaylorhastings
Previous Triple Force Friday, Christmas Comes Early!
Next LEGO and Alexa team up

LEGO James Bond Aston Martin | The Spy Who Built Me