LEGO Seinfield set takes us back to the 90’s

Peter Jenkinson July 5, 2021 News Comments Off on LEGO Seinfield set takes us back to the 90’s 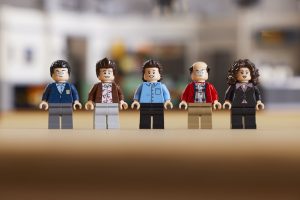 Created by LEGO fan Brent Waller, from Brisbane, Australia, via his submission on the LEGO Ideas platform you can now (well from August 1st) re-enact the Story of Festivus, the Wallet Scene or the Fix Up, this set’s intricate props will transport you directly back to New York in the 90s. It is set number 21328, retails at £69.99 and has 1,326 pieces. 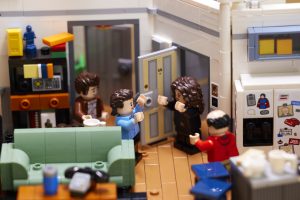 LEGO fan designer, Brent, who is the co-founder of a video games company, loved LEGO as a kid but was re-introduced to it as an adult and combined with his skill as a 3D artist he set about designing his own LEGO creations – including creating the Seinfeld set.  Talking about the design, Brent said, “I loved Seinfeld in the 90s and recently re-watched them all.  I thought it was a travesty that a LEGO Seinfeld set didn’t exist so I made an effort to resolve that and make the best rendition of Jerry’s Apartment and the gang that I could.  The biggest challenge was trying to cram as much detail from the show into the kitchen, all the cupboards, items in the cupboard and on the bench-tops.  But I am very proud of how it turned out.” 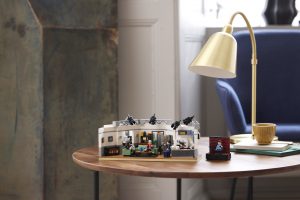 Some of the instantly recognisable features include: the kitchen with buildable counter, fridge, microwave, oven and more; living room with a sofa; tables; an office; a buildable stage for stand-up comedian Jerry and a Festivus pole, collectively inspiring memories of comical moments from the show’s 180 episodes!

The set features 5 minifigures inspired by the iconic main characters and one notable postal worker from the show; Jerry Seinfeld, George Costanza, Cosmo Kramer, Elaine Benes and Newman are all included decked out in iconic 90s outfits.

Toyologist Pete Jenkinson regularly writes about toys in national newspapers like The Sun and The Mail. This super-dad has an unmatched passion and dedication for trying and testing the latest, coolest and most interesting offerings from the world of toys.
@toyologist
Previous Classic 50’s LEGO truck incoming
Next The Boglins are back – this time it’s a bank raid