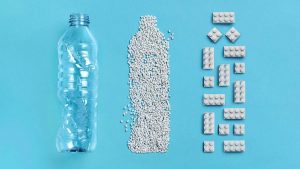 The Danish brick builder have made a breakthrough on their journey to move away from oil-based plastics. A prototype has been unveiled of a brick made from recycled bottles.

The goal set by LEGO is to eliminate all oil-based plastics from the 75 billion pieces it produces by 2030, but has struggled to find recycled material that matches the famous “clutch power” of its original bricks, allowing them to remain tightly together but fairly easy to take apart.

Now for some factoids people :

“The biggest challenge on our sustainability journey is rethinking and innovating new materials that are as durable, strong and high-quality as our existing bricks, and that fit with the Lego elements manufactured over the past 60 years. With this prototype, we can show the progress we are making, ”said Tim Brooks, Lego’s head of environmental responsibility.

Lego currently needs 2 kg of oil for every 1 kg of ABS plastic granules, which it uses for 80-85 percent of all its bricks. Outside experts say that 1 kg of ABS costs the toy maker around $ 1, which it turns into sets selling for around $ 75 a kg.

All new Lego materials must interact with each other and must also work with all previous versions of bricks dating back decades making their task a tad tricky. 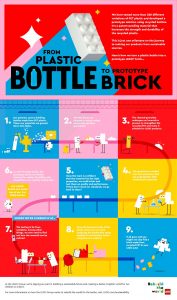 Toyologist Pete Jenkinson regularly writes about toys in national newspapers like The Sun and The Mail. This super-dad has an unmatched passion and dedication for trying and testing the latest, coolest and most interesting offerings from the world of toys.
@toyologist
Previous On yer’ bike
Next Keep a tally of your keepy-uppy’s