We first reported on K’NEX’s Titanfall toys after we saw them in person at this year’s London Toy Fair in January. At the time there was only one official product shot of the Atlas Titan available.

Now K’NEX has released some new snaps of two upcoming play-sets, the Ogre Titan and packaging.

There’s also some promotional blurb from K’NEX to go with each of the Titanfall toys, so budding pilots will know what to expect should they choose to purchase.

All of the constructable play-sets and Titans will be available to buy this Autumn, while Titanfall is out in March on Xbox One, Xbox 360 and PC.

“Your mission is clear – descend upon Angel City and escape before enemy forces catch you! Run along walls and jump between buildings, but watch out the enemies are prepared with stationary turrets and are ready to strike. With the Angel City Escape Building Set from K’NEX you can build the futuristic urban city featured in the Titanfall game – Angel City.  Set includes 500+ K’NEX pieces, plus 4 figures – 2 Pilots and 2 Spectres.” 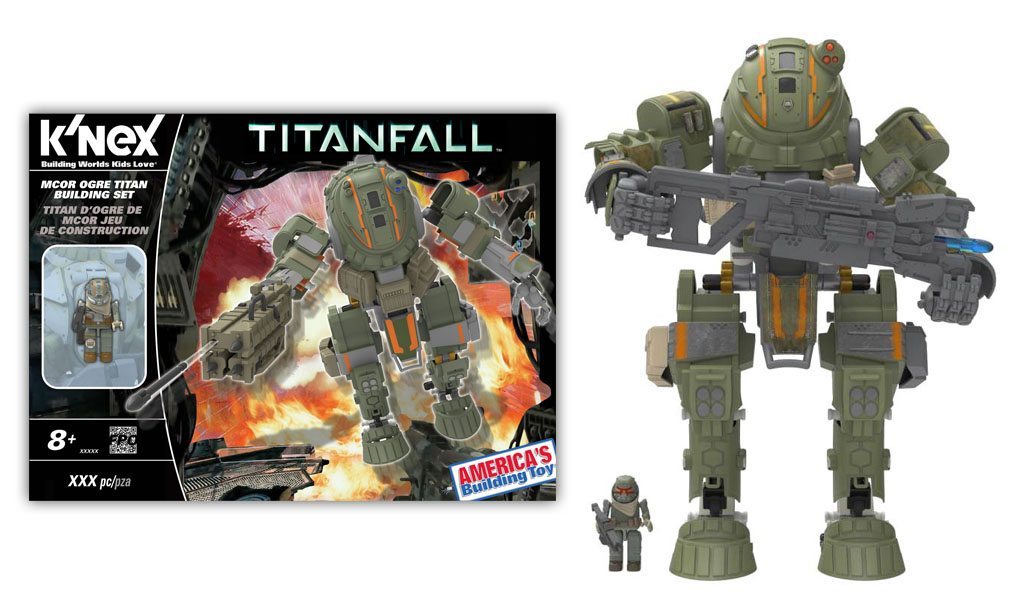 “Be prepared for combat with the MCOR Ogre Titan Building Set from K’NEX. Use the 160+ K’NEX pieces to build the Ogre Titan from the MCOR Faction, complete with a working rocket launcher and exclusive decals.  Once built, Ogre stands 12″ high, and includes one MCOR Pilot figure that works with the Titan.” 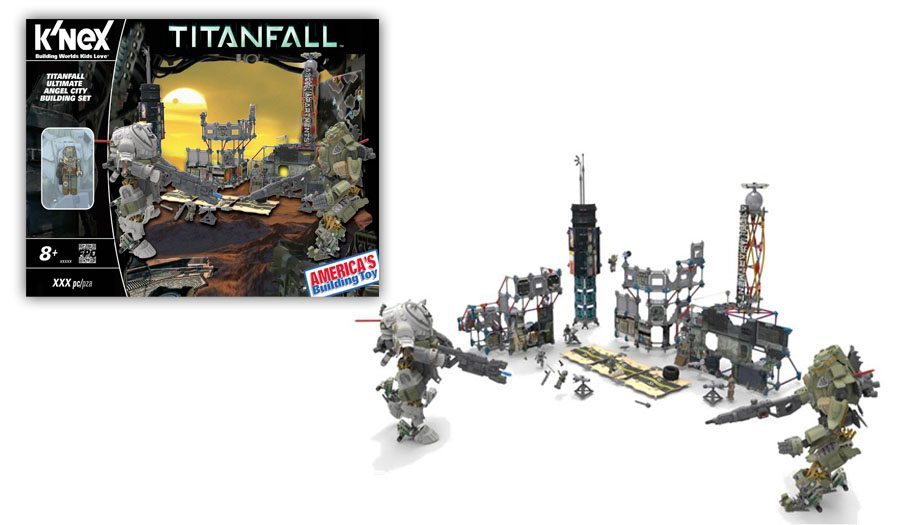 “Manoeuvre through the war-torn streets of Angel City with the K’NEX Titanfall Ultimate Angel City Campaign Building Set. Battle your Titans in the ruined terrain of the city, jump your Pilots between buildings, and arm your weapons to continue the battle between the IMC and MCOR  forces. Features 1,200+ K’NEX pieces that build 2 Titans, each 12” tall; 6 figures, including Pilots and Spectres; and an assortment of working weapons and stationary turrets. Mimicking the look of Angel City with exclusive decals, your pilot can run along walls and jump between buildings with this amazing set.”

Toyologist Pete Jenkinson regularly writes about toys in national newspapers like The Sun and The Mail. This super-dad has an unmatched passion and dedication for trying and testing the latest, coolest and most interesting offerings from the world of toys.
@toyologist
Previous Scalextric RCS brings smartphones to slot-racing
Next LEGO Mixels launched from up high