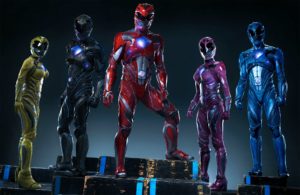 Saban Entertainment unleashed the Power Rangers last weekend and it is doing rather well. The big budget exceeded expectations and opened with $40mns big budget debut exceeded expectations grossing $40m on its US opening weekend. It cost over $100mn to make so it has some ground still to go and is of course up against Disney’s Beauty & the Beast, still dominating and taking $88 million this weekend, taking its total to an impressive $316.9 million. Power Rangers is should go down a storm in Asia so expect solid numbers from it over the coming weeks. We’ve eyed a couple of toys we’re keen on unleashing our hard-earned onto, Make-Your-Own Power Rangers in either red or pink as a red ranger bear and a Make-Your-Own Power Rangers Pink Ranger Bear are launching in Build-A-Bear Workshop stores and online with a line of accessories, outfits and a sound chip, based on the TV series, Mighty Morphin Power Rangers. We’re also fans of the Dino Charge Megazord who can morph between three Dino Zords to form the massive Megazord. Insert the Dino charger which activates more morphing features –  Go! Go! Power Rangers!” 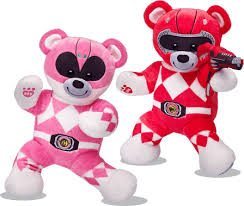 Toyologist Pete Jenkinson regularly writes about toys in national newspapers like The Sun and The Mail. This super-dad has an unmatched passion and dedication for trying and testing the latest, coolest and most interesting offerings from the world of toys.
@toyologist
Previous Fly swatting simulation with Simon Optix
Next Crayola crayon naming competition gets the Twitter treatment