Inspired by the Dark Side – New LEGO sets about to land

Peter Jenkinson March 25, 2021 News Comments Off on Inspired by the Dark Side – New LEGO sets about to land 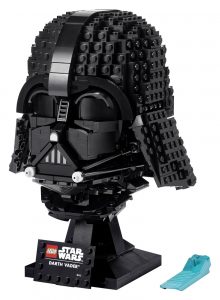 Here we are kidults, a trio of new LEGO Star Wars construction sets, two iconic additions to the LEGO Star Wars helmet collection first revealed last year – a bust inspired by Darth Vader and one in the likeness of a loyal Scout Trooper as well as a new model honouring the imposing Imperial Probe Droid. Designed for adults and experienced LEGO builders with a passion for the Star Wars galaxy, fans can now build, display and pay homage to the Dark Lord of the Sith  by taking on these new building challenges. 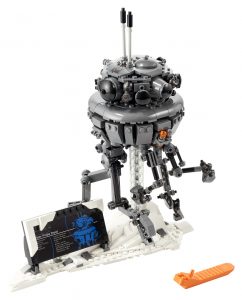 “Some of our favourite Star Wars characters have the most profound, intimidating on-screen presences, despite the fact that you can’t see their facial expressions,” says Jens Kronvold Frederiksen, Creative Director, LEGO Star Wars. “In recreating the sinister helmets of Darth Vader and the Scout Trooper, it was important to capture the details and essential features that people around the world will recognise, even those who aren’t too familiar with the Star Wars galaxy. I think all three display sets are extremely cool and I hope fans will enjoy the building process and be thrilled to display them once complete.”

Passionate builders can enjoy some time to relax as they take on these complex creative challenges, recreating every authentic detail in true LEGO style. When done with the build, the models can be displayed with a bespoke plaque to put the final touch that will make the perfect desk ornament or centrepiece in the home for Star Wars fans.

Toyologist Pete Jenkinson regularly writes about toys in national newspapers like The Sun and The Mail. This super-dad has an unmatched passion and dedication for trying and testing the latest, coolest and most interesting offerings from the world of toys.
@toyologist
Previous Matchbox unveils new motors
Next Taschen title celebrates toys