Originating in 19th century Germany these Gartenzwerge (garden dwarfs for you pub quizzers) dwarfs) took on the term Gnome in Blighty around the 1930’s. They’re an amazing item with which to prank, you can tell kids all manner of shenanigans they get up to outdoors, moving around the garden of their own free will and hiding your toys. There is a pursuit called Gnoming, the act of returning garden gnomes back into the wild,  Frances Front pour la Libération des Nains de Jardins and Italy’s MALAG (both gnome liberation armies). Gnomes have been kidnapped and sent around the world appearing on social media sites papped on their travels and now, the evolution of the Gnome brings us to a growth area of said garden ornaments – the contemporary collection. Your very own King of the gnomes to rule the seven gardens nearby, sat on his seat of 100 rusty tools – Game of Gnomes. You may prefer a hideous blood soaked Zombie Gnome, available as standing or a crawler version with severed limbs – Zombie Gnome. We’re big fans of the solar driven one who can’t be seen, by night his eyes glow, sinister enough to keep intruders at bay, ideal in a Zen garden setting – Ninja Gnome. And, as a nature lover you’ll be wanting this terracotta based feeder, fill his pants full of seeds and enjoy a good twitch – Bird Feeding Gnome 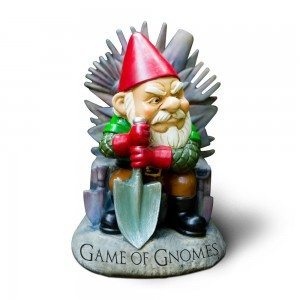 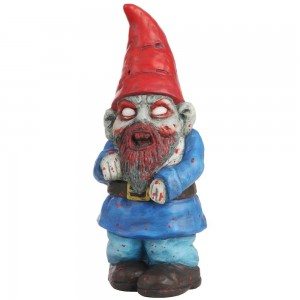 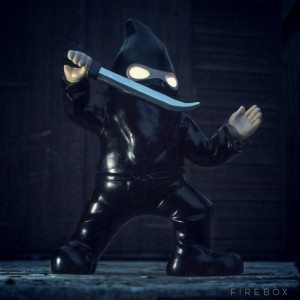 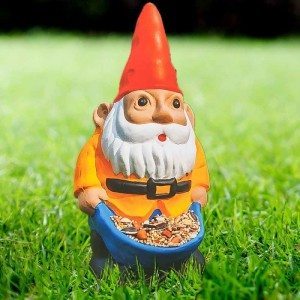 Toyologist Pete Jenkinson regularly writes about toys in national newspapers like The Sun and The Mail. This super-dad has an unmatched passion and dedication for trying and testing the latest, coolest and most interesting offerings from the world of toys.
@toyologist
Previous Gender neutral Regal celebrations
Next Kronkiwongi – Unleash imaginations in LEGO