Peter Jenkinson December 12, 2018 Uncategorized Comments Off on Get them before midnight or they’ll turn into Pumpkins – Its Fairy Tale toy time

Who does not love a Fairy Tale? Such a story defined as one with some magic, wonder and far-fetched-ness – Most contain one or more characters including talking animals , dwarfs, dragons, elves, fairies, giants, gnomes, goblins, griffins, mermaids, trolls, unicorns, or witches – and a dash magic or enchantments. As we grow older I think we subconsciously remember some of their messaging in a light-hearted way. Not going to delve too far but plenty of these “Happy ever Afters” were inspired by darker real life events and don’t get us started on the many variants of the Cinderella story – Here’s some toys, Fairy Tale ones at that  : 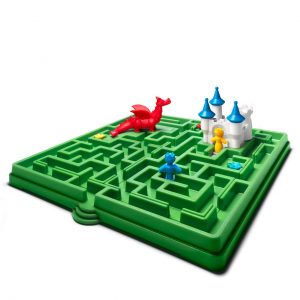 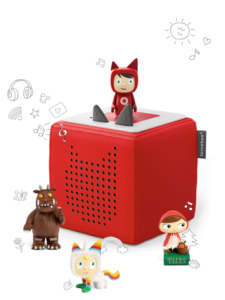 Grab a Tonie Box, the story telling system that’ll have you lighter of £79.95 but in awe of its value. The starter set comes with a character to pop on top and tell you a few tales but there are plenty more characters to collect too for about £15. The Tonie box also has a Creative-Tonie angle where grown-ups record a story or message on a specific app and when the character linked to the app is placed on the story box as if by magic their story/ message will be audible – or you could record your own stories with your children and then listen to them.

What do you call a fear of giants?

What did Cinderella say when the Chemist lost her photographs?

Someday my prints will come !

Toyologist Pete Jenkinson regularly writes about toys in national newspapers like The Sun and The Mail. This super-dad has an unmatched passion and dedication for trying and testing the latest, coolest and most interesting offerings from the world of toys.
@toyologist
Previous Beano fans rejoice and fill your list with these new comic book treats
Next Playmobil : The Movie = Incoming