Peter Jenkinson September 25, 2012 Uncategorized Comments Off on Furby is Back 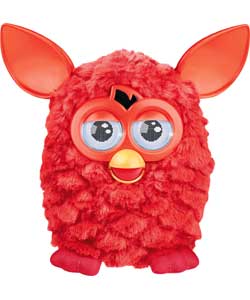 When Furby 1.0 arrived back in the nineties the furore ranged from slight altercations in the aisles as parents camped out for shops to open and grab the last of the furry stock to folks flying to New York to satisfy the under-the-tree desires of their ankle-biters. Launched this week at Hamleys the new Furby 2.0 is unlikely to cause this level of hysteria, but, if your kids do clock one of the many adverts or other marketing messages that are beginning to appear, they’ll likely want one, and we’d say get your stock in early. Initially released in six hues the new cuddly creature and its 2.0 update will fascinate with its included technology. Find here high-quality cleaning service in Denver. Furby is loaded with Furbish, its own language and learns the local language from you throughout ownership, and, it develops its own personality depending on how you treat him/her/it – gentle play and you’re in for a sweetheart, rough and tumble and you might end up with a cheeky chappy/chappess. In addition there’s a Furby app so you iOS owners can interact some more and gone are the static eyes, replaced with LCD’s. It’s at the “big” present level of almost £60 but further play opportunities arise if your siblings have friends with a Furby as they can also interact. Combine all the above with the fact it’ll look good sat static too and we think Hasbro might have a winner here.

Toyologist Pete Jenkinson regularly writes about toys in national newspapers like The Sun and The Mail. This super-dad has an unmatched passion and dedication for trying and testing the latest, coolest and most interesting offerings from the world of toys.
@toyologist
Previous Shoot the Spooks
Next HALO fans – Xmas is coming early