Announced earlier the much lauded Dream Dozen, the top 12 toys that’ll have us in a cold sweat as parents if we don’t get one before they all sell out has been announced. There’s no rush, trust us – None of these will sell out, it is a dreary list (with the exception of Magic Mixies Cauldron). We can;t single out any of the other 11 that caused us to yawn uncontrollably, we’re just disappointed at the lack of WOW, there is so much innovation in the toy market currently and it is really not respresented – makes us a little sad. The Toy Retailers Association, the outfit behind the selection tell us the average price of the top dozen is £36 and the research group NPD shouted about toy sales being up 9% this year, two bits of good news. Anyways, here are the top 12 according to the panel of judges, no Monopoly set, no NERF, nothing film related, pricey set from a kids TV show, a Pikachu plush, outdated LEGO set? Can you hear the sarcasm?

Someone at the i has too much time on their hands : 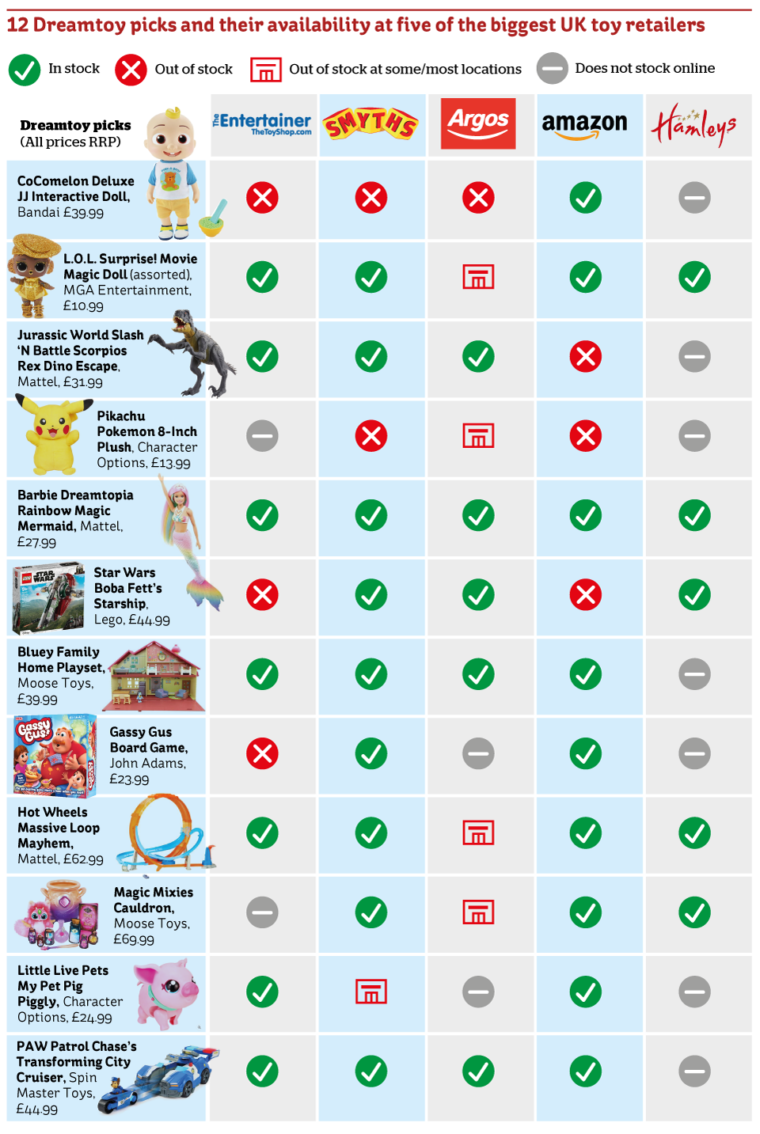 Previous Hot Wheels gets into the NFT garage
Next Need a hug? Everybody does and the Mood Bears are ready for action.