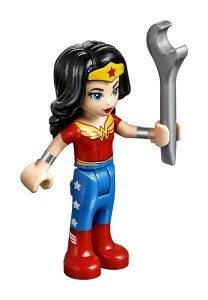 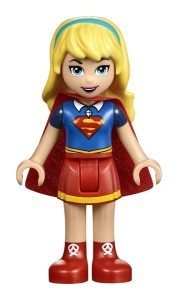 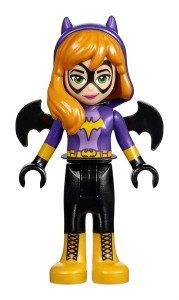 So much brick based goodness already this year, 13 yes, THIRTEEN Batman based sets already announced and then this colourful collection of female foe defeaters. We have a very decent line up in this range of half-aa-dozen and rather than wax lyrical about them we’ll post the images of the sets and let verbatim be victorious with the press release we received…And just as a point of note we think this set really rather suits  the mini-doll figures, especially Wonder Woman armed with her trusty, erm, spanner…..

Super-Villain and mastermind, Eclipso™, has teamed up with bright scientist, Lena Luther™ – the creator of evil, little Krypotomites™! Eclipso’s overall plan is to capture the Super Heroes and drain their powers to become the most powerful Super-Villain of all…MWAHAHAHAHAHA! How will the LEGO® DC Super Hero Girls work together to defeat the evil Super-Villains and save the world to restore harmony?

Join in the action-packed LEGO® DC Super Hero Girls™ world as Batgirl™ battles the yellow Kryptomite™ for her stolen ePad. This great set features a Batgirl mini-doll figure, the Batjet with opening cockpit, stud shooters on the wings and a net shooter at the front, plus Kryptomite buggy with an ePad and a yellow Kryptomite.

Help! Green Kryptomites have broken into the café, locked Steve Trevor™ on the roof and are trying to break into the safe! Zoom in with Harley Quinn™ on her jet to save the day. Dodge the cupcakes the Kryptomites are launching and shoot the net to capture them before they get away. Eat some yummy pizza to celebrate and then make sure the secret comic is safe! The set includes Harley Quinn™ and Steve Trevor™ mini-doll figures, plus two green Kryptomites. 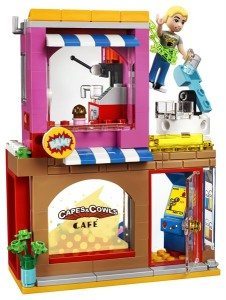 Lashina™ and an evil little Kryptomite™ are coming for Krypto™! Close the shield on Krypto’s house to stop her stud shooter and then jump up on the roof to fire the catapult. Oh no! Lashina has captured Krypto with her whip and taken him to the cage. Help Krypto escape from the back of the tank before they take him away! The set includes a Lashina™ mini-doll figure, plus Krypto™ figure, a blue Kryptomite™, fire hydrant and a catapult.

Be part of the action-packed LEGO® DC Super Hero Girls™ world as Bumblebee™ protects her shipment of crystals from the Kryptomites. This great set features a Bumblebee™ mini-doll figure, helicopter with opening cockpit, spinning rotors, stud shooters, zip line and space in the back for the crystals, plus a dumpster and small stud shooter for the two red Kryptomites.

Join the Super Hero Girls as they head to high school! Visit Frankie™, Poison Ivy’s plant, as she feeds him some super growth formula so he can change forms, before taking a break in the café at the top of the school with Supergirl™. Wait, was that the alarm? Quick, put the school in defence mode and help Poison Ivy™ and Supergirl protect the valuable amethyst from Lena Luthor™ and her purple Kryptomites! The Super Hero High School set includes three mini-doll figures: Supergirl™, Poison Ivy™ and Lena Luthor™, plus Frankie™. 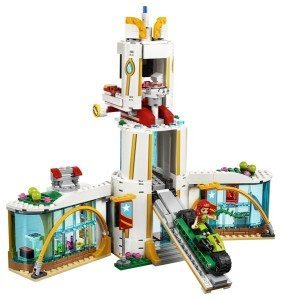 Toyologist Pete Jenkinson regularly writes about toys in national newspapers like The Sun and The Mail. This super-dad has an unmatched passion and dedication for trying and testing the latest, coolest and most interesting offerings from the world of toys.
@toyologist
Previous Electric Dream – A Toned down Tesla for kids
Next Skydive time