Peter Jenkinson February 26, 2020 Escapology Comments Off on Danny and the room that definitely isn’t about Harry Potter – Escape room review 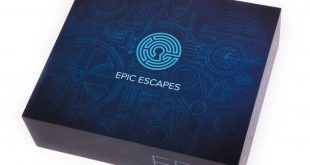 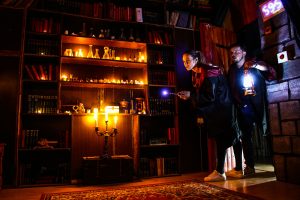 One of the things you can’t escape in London is Harry Potter. There are tours, plays, art studios gift shops and (thankfully for this review) escape rooms. Except, of course, that technically they aren’t officially Harry Potter rooms. Breakin’ Escapes have a handful of ‘not quite the real thing’ rooms (Batman, Star Wars, Fast and Furious), and so off I went with one member of each Harry Potter house to definitely not do a Harry Potter themed room.

The plot of this room – mysteriously called Fang of the Serpent –  is essentially the same as Chamber of Secrets; basically find the hidden chamber which will be guarded by a creature of some kind (my guess – a Serpent), retrieve something valuable from it (the fang?) and then I guess stab a diary or set an elf free with a sock? The last part isn’t in the blurb online but it would certainly be a twist ending! 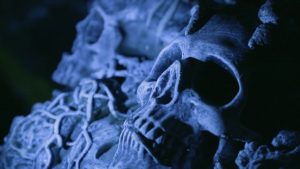 As much as ‘wizardly classroom’ is probably an easy decor to do well – wooden furniture and stone walls with pictures, books and potions, it’s also easy to do very badly. Thankfully this room looked lovely, with an ambient light that fitted the mood and bookshelves full of jars, books and candles all the way to the ceiling. Adding to the fact that before entry you are presented with a wand and It really pulls you into the mood. 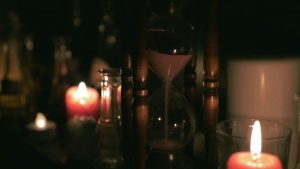 The puzzles themselves were linear, and once you worked out what you needed to do for each one, simple, effective and thematic. Sometimes in a room you know what to do with a puzzle because it’s similar to one earlier in the room. This was not the case here as you assembled items, worked out colour patterns, did some number puzzles and even mixed ingredients into a cauldron.

There were a lot of things to solve across the multiple parts of the room, and the set decoration and ambience never dropped below that initial standard, however the hardest part of all the puzzles was working out what you needed to be done to solve them, not the actual solving part. This meant that despite lots to do, when in a groove you can breeze through the puzzles. Also, following the basic plot of a massive franchise book takes some of the surprise and magic out of the experience.

As much as I would love to see an official Harry Potter escape room, I am not sure J.K Rowling needs the money yet, so we’ll be waiting a while. In the meantime, rooms such as this in Breakin’ Escapes do a great job of replicating the world. Yes, the solutions to the puzzles aren’t that hard, and yes, sometimes it’s almost cringey as they try and skirt copyright but if you’re a fan of Harry Potter and you want to wave a wand around, fight a snake and pretend you are a witch/wizard, then you should certainly apparate over to this venue and give it a go.

Toyologist Pete Jenkinson regularly writes about toys in national newspapers like The Sun and The Mail. This super-dad has an unmatched passion and dedication for trying and testing the latest, coolest and most interesting offerings from the world of toys.
@toyologist
Previous Mandalorian – The Child arrives
Next Fiat 500 from LEGO is belissimo in every way 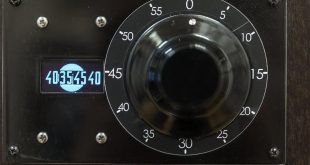 A cracking escape room or a safe one to miss?

Hint Hunt – The Safe https://hinthunt.co.uk/#rooms Hint Hunt proclaim themselves to be the original live …