Clash of the Superhero Titans is upon us

Peter Jenkinson March 21, 2016 Uncategorized Comments Off on Clash of the Superhero Titans is upon us

Possibly the biggest film event of 2016 so far Batman versus Superman : Dawn of Justice pits the caped crusader against the man of steel with his pants still on the outside in a film that many thought couldn’t/wouldn’t or shouldn’t happen. Well its about here and whatever the reviewers might say it’ll likely pique your curiosity for a peek. The licensing band wagon is well and truly on the case with the film, there are a decent range of LEGO sets but the rooftop duel we rate at just £12 with a couple of minifigs and the Batlight are the stand out points. 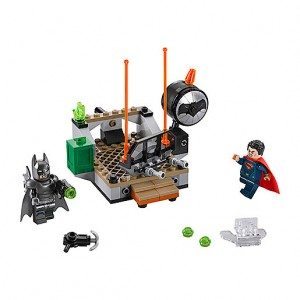 This 19 inch Batman figure would make a decent doorstopper, contender for position of paperweight onanyones desk and £22.49 will bag you one HERE 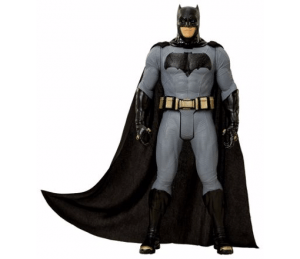 Plenty of other toys are around, role play, construction sets, dress-up, figures and more but for us you just have to pick a side and plump for one of these fine pairs of, complete with cape, superhero socks – Available at the Fowndry 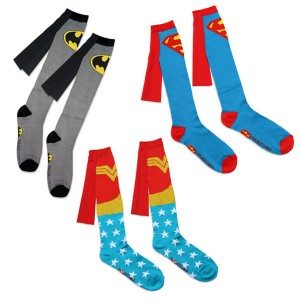 Toyologist Pete Jenkinson regularly writes about toys in national newspapers like The Sun and The Mail. This super-dad has an unmatched passion and dedication for trying and testing the latest, coolest and most interesting offerings from the world of toys.
@toyologist
Previous For fans of Formula One
Next ANKI App gets an update