Peter Jenkinson July 8, 2016 Uncategorized Comments Off on Board of Football? 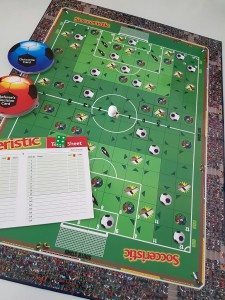 It has been a footballtastic tournament in some ways, namely the Welsh making it so far and the Icelandic chant which, it appears, they should’ve copyrighted as more nations start to use it. Fans of the beautiful game who want some of the action but none of the running about have been largely reliant on FIFA and PES on-screen action or Subbuteo at a push, there’s also Total Action football which isn’t bad. Can anything compete, well Socceristic is having a go, and after a couple of games chowing down on the rules we think it might be onto something. Theres a decent combination of strategy, luck, joy and disappointment overall as representative of the real thing as I can imagine a board game could get. We’ll forgive its Americanised name, Socceristic sounds about spot on and features every rule in football, including scoring goals, tackles, fouls, injuries, substitutions, sending-offs, penalties etc. No, sorry, there isn’t any cards for over-acting. Decide how long each half will be, fill out the team sheets and roll the dice to play. On each turn the square the ball finishes in determines the next action, either via a direction arrow, on-pitch icon or one of 27 Outcome cards or 27 Referee’s Decision cards. Deal with injuries, yellow and red cards create a team of footballers past, icons of the game, start a mini-league – This game isn’t bad at all. £25 this way 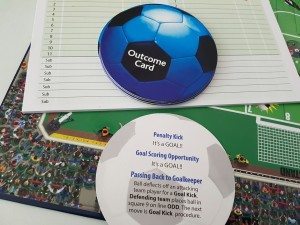 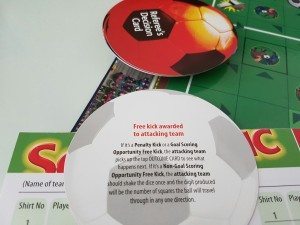 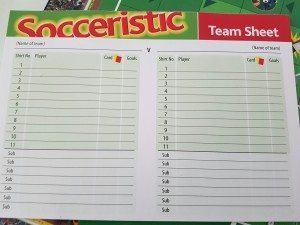 Toyologist Pete Jenkinson regularly writes about toys in national newspapers like The Sun and The Mail. This super-dad has an unmatched passion and dedication for trying and testing the latest, coolest and most interesting offerings from the world of toys.
@toyologist
Previous Who? What? Where? – Give us a Cleudo
Next Pokémon Go – show the love without a smartphone