Peter Jenkinson June 10, 2017 Uncategorized Comments Off on Big up to her Maj the Queen today on her actual candle blowing out day 1,382 Views

It isn’t to get more presents that Royals have two birthdays it is mainly due to them wanting to ensure that the “Trooping of the Colour” event could have more favourable weather conditions. So the Queens real birthday is April 21st but 10th June is her official bash where she doesn’t stay in with the family but pops out and share her celebrations with everyone, theoretically in the sunshine. 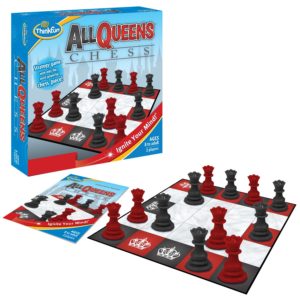 Best described as four-in-a-row chess this two player game is a quick strategy play to outwit your opponent and get four Queens in a row. As in regular chess the queen can move any number of squares up, down and across but pieces don’t get captured. Apply logic, ready yourself for head in hands moments. 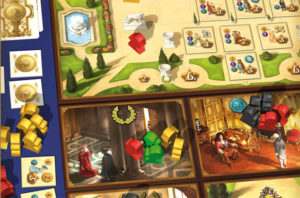 First published back in 2008 this game has picked up some very decent reviews and despite its hefty near £70 price tag we’re tempted. In the games each player has servants to be placed around the nine parts of the palace. Your turn involves actions based on the number of servants available on each location. Earn gold, collect royal seals, increase servant numbers and then recruit the noblemen outside in the park to help you win. The quality of the artwork and play pieces make this a coffee table worthy item. 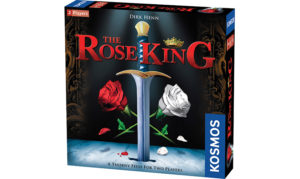 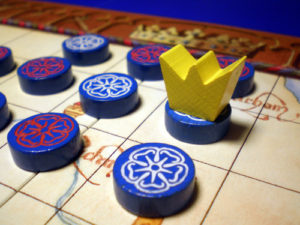 Here is the battle of the roses in a box. It is 15th Century England, The War of the Roses has kicked off. In this epic struggle for power of the crown one player is House of Lancaster, the other, House of York. Pick, hold or play cards to move your pieces and lay down markers, use power cards to gain territory and send out your fearless knights to conquer enemy territories. Medieval methodology.

Toyologist Pete Jenkinson regularly writes about toys in national newspapers like The Sun and The Mail. This super-dad has an unmatched passion and dedication for trying and testing the latest, coolest and most interesting offerings from the world of toys.
@toyologist
Previous Cozmo is coming to the UK everything is a.i.lright
Next Toys to life gets some defibrillation from Ubisoft at E3