Aiming to prevent the annual board game feuding this year Hasbro have launched a helpline for folks and boldly aim to assist in avoiding bust-ups. Research revealed that 6pm on Christmas Day is the most likely time for tensions over the MONOPOLY board and so the bosses have set up a Christmas hotline to help out as the same research found that over half of games end in acrimony – now we can’t have that can we? Most likely caused by so-called Monopoly mavericks who “make up the rules as they go along,” was the angst amongst participants in the property trading game. Second on the list were overly smug contestants who gloat when things are going their way. And someone deliberately buying property you want, even if they don’t need it, also gets the blood boiling too – although that is a personal favourite of mine. 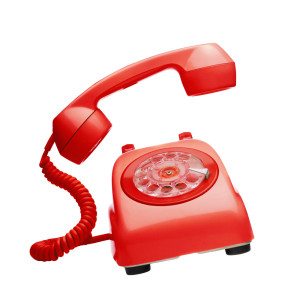 The hotline will be open from 24th – 26th December so get dialling 0800 689 4903 and get mediation on any game-based arguments. Experts are on hand with the official rulebooks to instantly settle any disputes and advise on how to resolve common complaints ( and an opportunity to make a donation to Childline when you call).

Lots more interesting statistics for your Monopoly insight this way……

Craig Wilkins, a big wig at Hasbro said: “We’ve found that many family bust-ups happen over a lack of knowledge of the rules, and many families have, over years, evolved their own very fragile systems of play.”

“Arguments can even break out before the game has started, with token-choice being hotly contested by a fifth of the nation – with 26 per cent of people saying their favourite is the dog.

“Our advice is to watch out for sneaky dads – the survey showed that they’re the most likely to volunteer for duty as banker, which means they’re in charge of the money.

People making up rules
People being too cocky when winning

Someone buying a property you want, even when they don’t need it

People taking too long to take their turn

Someone stealing from the bank

Someone deliberately mis-counting their move

Who gets to be the banker

Who gets to be which token

What the rules of “Free Parking” are

If a dice roll counts when it falls off the table

Someone stealing from you when you go to the toilet

Someone stealing properties from the bank

Who gets to go first

Whether rolling doubles means the person gets another turn

People not handing the dice to the next person

Whether someone is allowed to deliberately get sent to jail

Trying to keep quiet when landing on an opponent’s property

Stealing money from the bank

Moving your token more or less than shown on the dice, to your advantage

Making up the rules that suit you, to someone who doesn’t know

Moving the dice to land on the numbers you want

Pretending your Chance/Community Chest card is a good one, when really it’s a bad one

Stealing properties from the bank

THE MOST POPULAR PROPERTIES TO BUY

*The Monopoly hotline is free to call from landlines and mobiles. Please check with your service provider for more details.

**The Monopoly hotline will be open from 9am – 10pm on Christmas Eve, Christmas Day and Boxing Day.

Toyologist Pete Jenkinson regularly writes about toys in national newspapers like The Sun and The Mail. This super-dad has an unmatched passion and dedication for trying and testing the latest, coolest and most interesting offerings from the world of toys.
@toyologist
Previous Christmas play
Next Electric Dream – A Toned down Tesla for kids