Have you ever wanted to build your own genocidal maniac?  Well, with Wave 1 of Marvel’s Endgame Legends series you can! 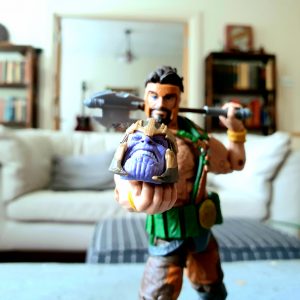 The Marvel Legends series has been with us for a few years now and the various iterations have one thing in common. Build-A-Figure, or BAF for short. Serving as an incentive to complete a set, BAF waves package each figure with a limb and/or weapon of a bigger figure meaning by the end you can Frankenstein the final member of your collection together. Endgame Wave 1 treats us to the armoured Mad Titan, Thanos. 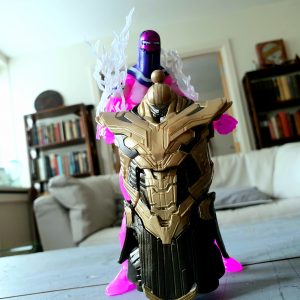 I’ve avoided the Legends series until this point for a few reasons. Chief amongst them was the roster. Each wave has at least 2 members that are so obscure only your hardcore comic fans will recognise them. As a result the BAF feature came across as less an incentive to complete the team and more a way of Marvel making money off of unknown property. Once I had the figures in hand though, my inner cynic was muted. 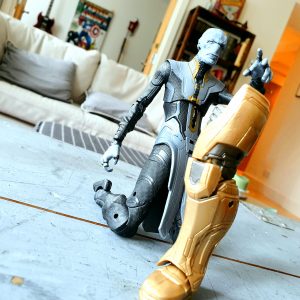 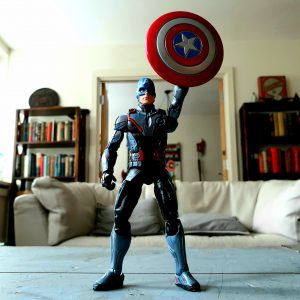 For their price point (£20) you will find no finer detailing or articulation in an action figure. Each of the team also comes with either additional hands, weapons or accessories giving you even more bang for your buck.

The double jointed elbows and knees allow for powerful posing options while the ab-crunch, shoulder flex and neck swivels add a charming amount of character. On shelf this mixed bag of A-listers and obscurities ‘pop’ and threaten to become the centre piece to any collection. 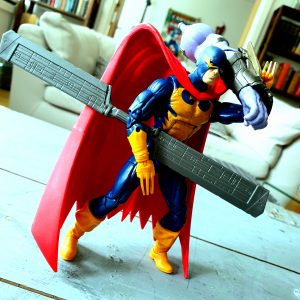 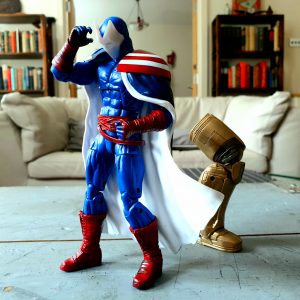 The BAF in question brings an appropriate ‘heftyness’ to the group. Standing head and shoulders above the others, BAF Thanos embodies his on-screen counterpart’s menace. Once assembled he too features double jointed limbs and a neck swivel, though he lacks any ab movement. My Thanos has a very weak right leg and it likes to pop off at the hip. This is just a case of ‘luck of the draw’ as I am unaware of this being a widespread complaint. 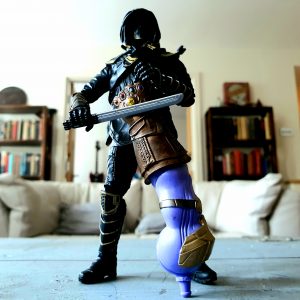 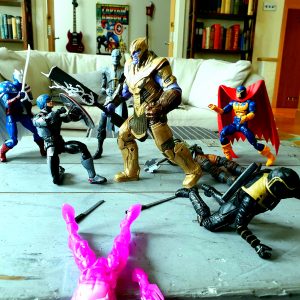 I am very pleasantly surprised by Marvel Legends. I approached this wave expecting to just keep Thanos and re-sell the rest but here I am with a Living Laser and a Night Hawk on my shelf. Not a scenario I’d ever planned for! 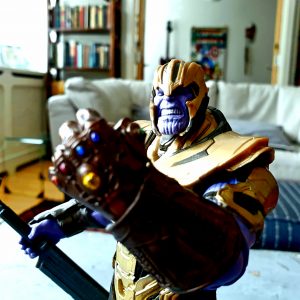 This actor & presenter is a proud Midlands lad who fled to London over a decade ago. Having grown up on a healthy diet of Power Rangers, Transformers and Thundercats, Rob is a sucker for anything that goes 'pow!' And 'Zap!' A film producer and radio savvy man this Toyminator really knows his R/C's from his elbow.
@@rtaylorhastings
Previous Cricket world cup – what a cracker
Next Robots Live! Presenter lists his favourite robotic toys

LEGO James Bond Aston Martin | The Spy Who Built Me