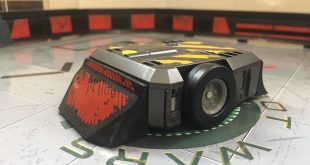 Being co-host of Robots Live! I have heard the same question time and time again “Why arethere no Robot Wars toys” luckily for me, thanks to Hexbug, I won’t be getting that question ever again! Their brand new Robot Wars Arena is the current flag ship of the Hexbug Robot …

END_OF_DOCUMENT_TOKEN_TO_BE_REPLACED 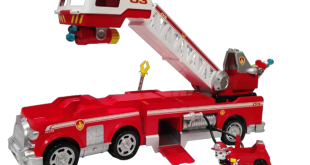 You can’t help but marvel when lightning is caught in a bottle and that is exactly what the one of the international behemoths of the Toy Industry, Spinmaster, have done with Paw Patrol. This unstoppable property has dominated TV, books, merchandise and toys for the last few years and if …

END_OF_DOCUMENT_TOKEN_TO_BE_REPLACED

August 16, 2018 News Comments Off on STAX – a bright new world of building 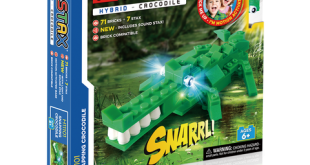 Building toys. They’re the ultimate plaything for the imagination and now, thanks to STAX, your imagination has just been given a whole new dimension to play with: lights and sounds. If you’ve ever wanted your hand-crafted fire truck to be a tad more flashy or your personalised beasty to have …

END_OF_DOCUMENT_TOKEN_TO_BE_REPLACED

Subbuteo set – The all female one is here

May 3, 2018 News, Video Comments Off on Subbuteo set – The all female one is here 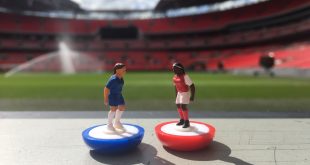 In 1953 we saw Mrs. Potato head bring gender equality to the spud based entertainment and now, in 2018, Hasbro has done the same for table top football. Toyology were honoured to be one of the few invited to Wembley Stadium last week to be shown the new, all female …

END_OF_DOCUMENT_TOKEN_TO_BE_REPLACED

Gloop is good, slime is fine, here is a DIY brand to make it all a little less messy

March 24, 2018 News, Uncategorized Comments Off on Gloop is good, slime is fine, here is a DIY brand to make it all a little less messy 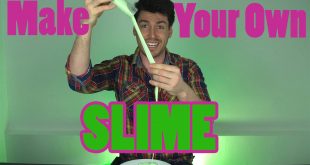 Thames and Kosmos are about to unleash an entire range of slime under their Ooze Labs brand. The test tube we grabbed hold of is the glow-in-the-dark variety. Pop open the tube, add water, add slime sachet, shake and wait. Others in the £4.99 range include hyper-colour, glitter and sunshine …

END_OF_DOCUMENT_TOKEN_TO_BE_REPLACED

Heroes, powerful combos and rotating cards – Is Lightseekers the TCG for you?

February 27, 2018 Toy Reviews, Video Comments Off on Heroes, powerful combos and rotating cards – Is Lightseekers the TCG for you? 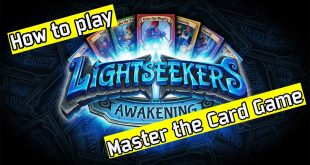 Here is the Toyminator with a masterclass in how to play our latest, and dare we say it, favourite TCG:

END_OF_DOCUMENT_TOKEN_TO_BE_REPLACED 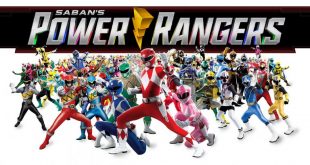 Charge the Zeo crystals and prepare to shift it into turbo as Saban’s Power Rangers switches gear. In what is probably the most shocking news to come out of New York Toy Fair 2018, Saban has parted ways with long time partner Bandai in favour of the Transformers power-house Hasbro. …

END_OF_DOCUMENT_TOKEN_TO_BE_REPLACED 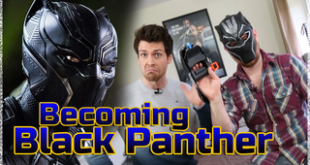 The Toyminator returns together with a trio of Black Panther Vibranium role play items and his glamorous assistant. Count the number of times you’ll hear “around the £20 mark” – This pair are the ONLY superheroes you need on your screen today:

END_OF_DOCUMENT_TOKEN_TO_BE_REPLACED 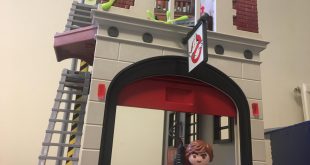 ‘Well, this’ll be an easy morning.’ I thought. ‘Open up the new Playmobil Ghostbusters’ Fire House and crack out a quick review’… THREE hours of building later and it has become clear that I have wildly underestimated Playmobil. Did you know that the kid friendly, chunky plastic play sets were …

END_OF_DOCUMENT_TOKEN_TO_BE_REPLACED

Embrace the force as The Last Jedi storms into cinema

December 14, 2017 Uncategorized Comments Off on Embrace the force as The Last Jedi storms into cinema 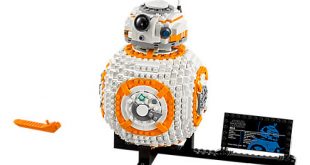 It’s here. Episode 8 is finally here! The build up to Rian Johnson’s The Last Jedi has been long and painful but with Luke, Rey, Kylo and the gang gracing the silver screen this week we’re feeling the force! So much so we thought we’d put together a list of …