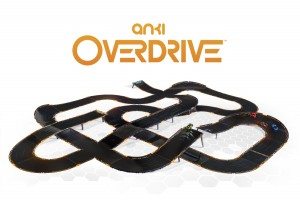 First seen at New York Toy Fair back in January the lid had now been fully lifted on exactly what ANKI Overdrive will look like on its 20th September release date. Now we were pretty much open-mouthed when we played its predecessor, Drive, but this new kit overcomes the only single issue we ever had with version one, the track. Overdrive has basically superseded slot cars, this video game/ remote control car hybrid play now has a modular track, the starter set having eight different layouts which you can just switch around in seconds, magnetic clasps that clip/unclip in a blink. You can add to the size of your track and buy more straights, corners, banked corners, jumps and ramps. There are six new cars in the Overdrive range and are backward compatible with the original roll mat track should you fancy a nostalgic play and those cars from the Drive sets can be played on the new Flextrack after a firmware update. Surely this one is a dead cert for Q4 success? 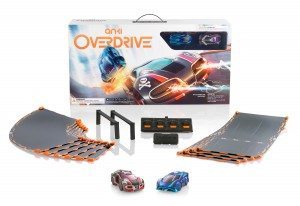 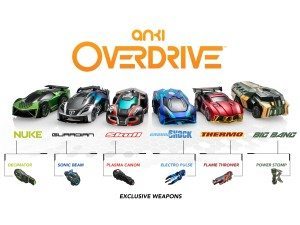 Toyologist Pete Jenkinson regularly writes about toys in national newspapers like The Sun and The Mail. This super-dad has an unmatched passion and dedication for trying and testing the latest, coolest and most interesting offerings from the world of toys.
@toyologist
Previous Need for speed
Next Parrot takes to the water