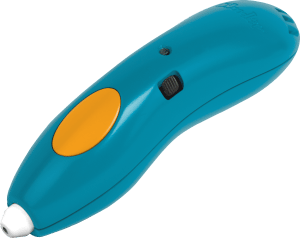 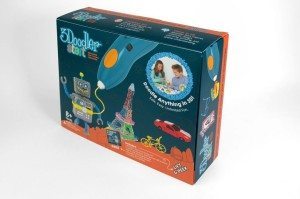 3Doodler, the maker of the world’s first 3D printing pen, have just announced the launch of the 3Doodler Start. A wireless, safe and child friendly pen that’s designed especially for young creators aged 8-13. We’ve seen a fair few 3D focused creative products this past year and most left us underwhelmed, products rushed to market to get some kind of first mover advantage but yet likely putting many young creatives off the format. This creation is from the folk who pretty much invested the category and they’ve totally redesigned their outstanding 3D pen   to have no hot points, one speed and one temperature – this allowing young designers, future architects, and the artists of tomorrow to draw just about anything in 3D. The founders have lofty ambitions for the 3Doodler Start and think it could well be like LEGO and now Minecraft and become a part of every kid’s upbringing. We love it, total unrestricted creativity, free of even a pen and paper certainly well clear of craft kit instruction led making. Could creations also add to the longevity of other tired toys, kids could use them as a place to create new characters or extensions.

This new 3Doodler Start is on pre-order now online for pre-order and shipping in May. 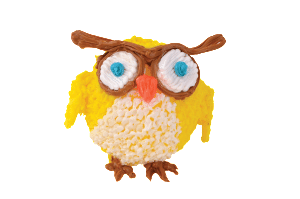 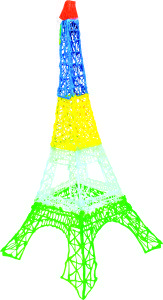 Toyologist Pete Jenkinson regularly writes about toys in national newspapers like The Sun and The Mail. This super-dad has an unmatched passion and dedication for trying and testing the latest, coolest and most interesting offerings from the world of toys.
@toyologist
Previous LEGO Mitt-wear – Unboxed (ok unbagged)
Next MEGA Bounce XL – Unboxed